“If we complain, we are fired” 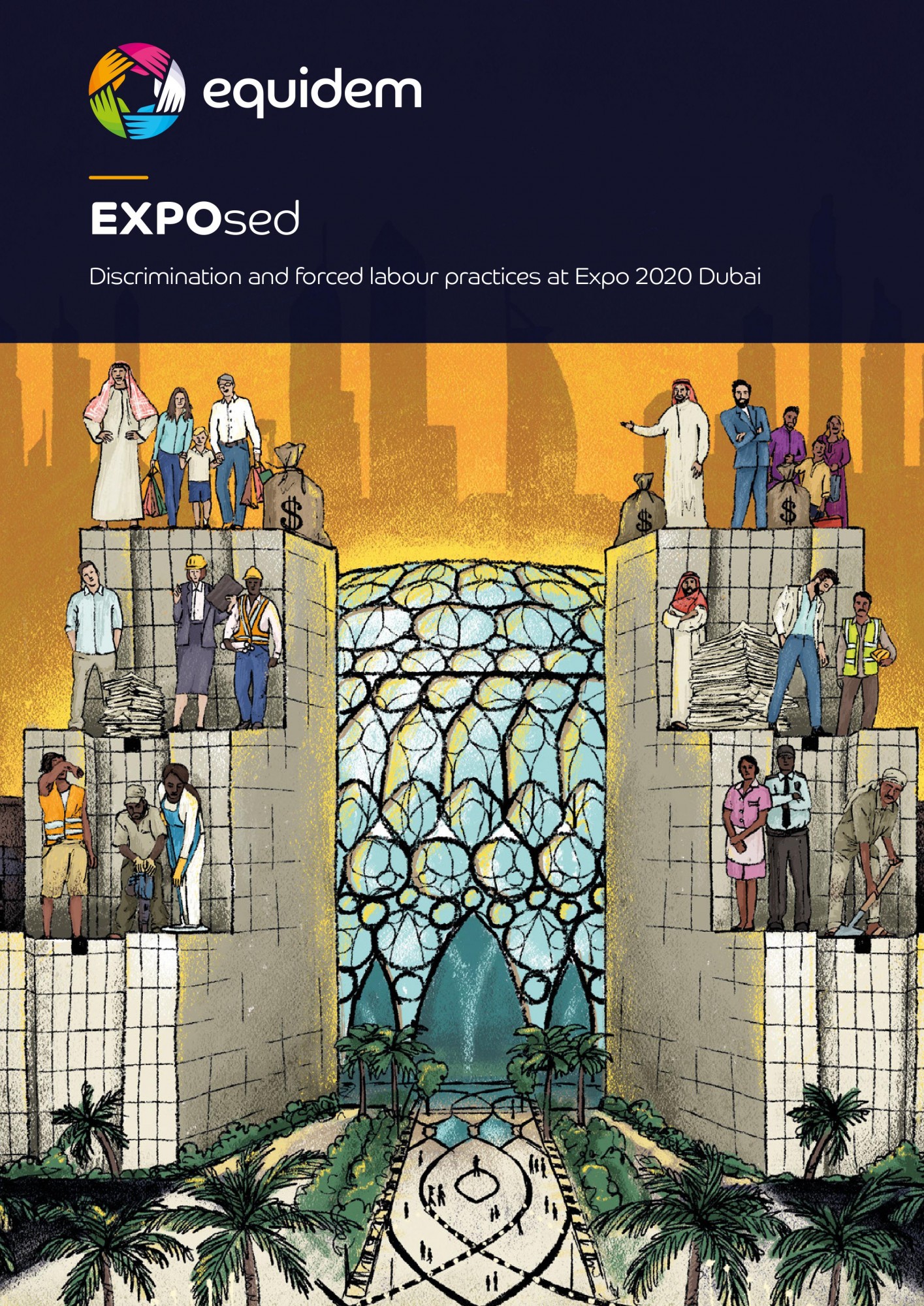 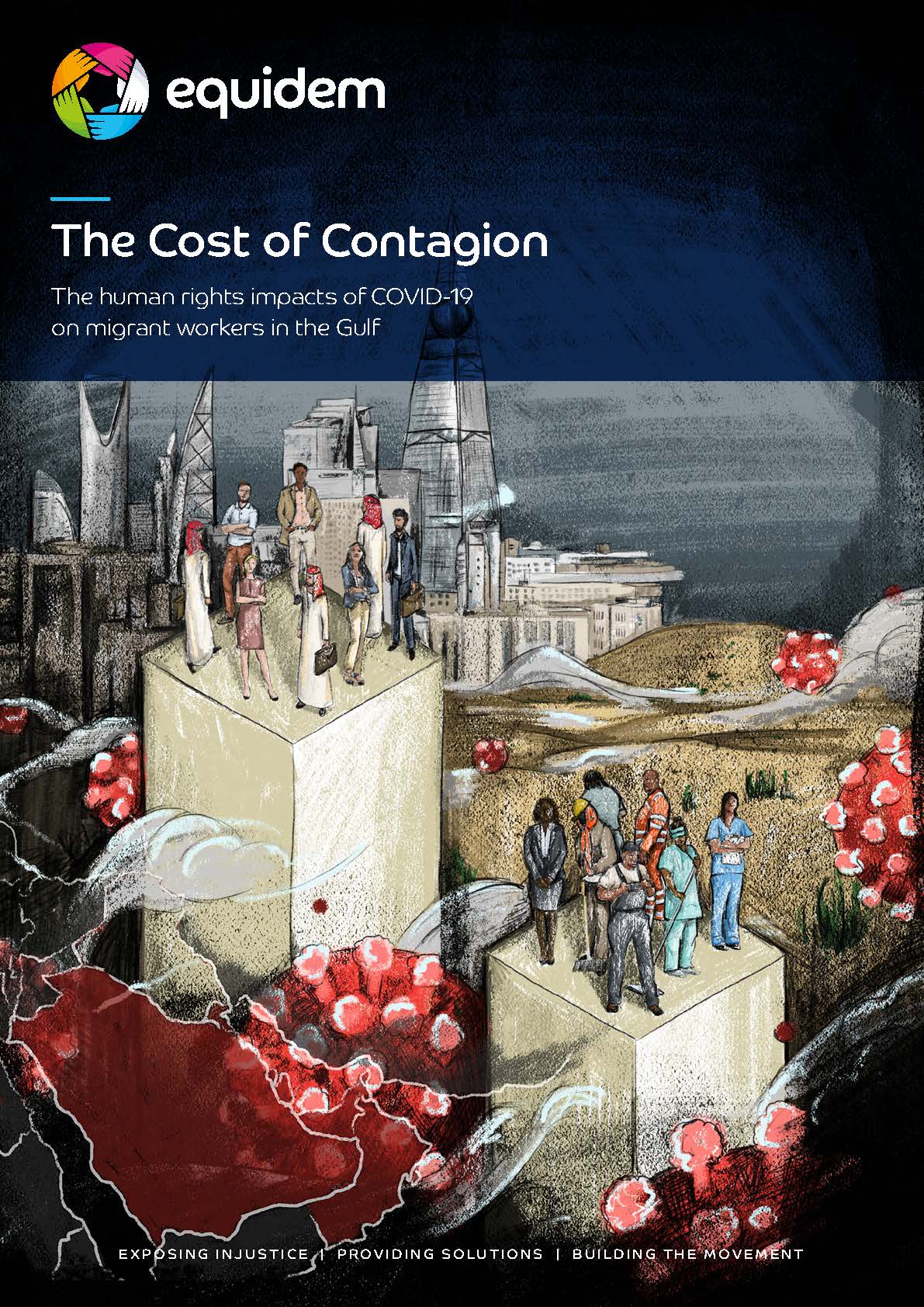 The Cost of Contagion

A new report from Equidem and Global Labor Justice-International Labor Rights Forum (GLJ-ILRF) reveals significant labour and human rights violations they found at most of the hotels that employ an estimated 9,000-10,000 workers who will host World Cup teams, spectators and corporate sponsors later this year.

The report is based on research conducted from February 2020 to July 2022 and documents significant labour and human rights violations in 13 out of 17 of FIFA’s partner hotel groups. These international brands employ thousands of migrant workers from countries including Bangladesh, Ghana, India, Indonesia, Kenya, Morocco, Nepal, the Philippines, Thailand, and Uganda.

Migrant workers are at significant risk of discrimination and exploitation because of the extreme power imbalances between migrant workers and employers in Qatar. The nationality-based hierarchies in Qatar are entrenched by policies that deny migrant workers paths to long-term residency or permanent citizenship. In this context, migrant workers require forums for collective action to safeguard their rights and promote their interests.

“Despite an upsurge in rights-protection initiatives by FIFA and Qatar over the last two years, workers across most World Cup hotels have reported a troubling pattern of abuse and fears of reprisal for speaking out. Our research indicates that thousands of migrant workers at World Cup hotels are owed compensation for illegal recruitment charges, unpaid wages and overtime, and other harms suffered in Qatar,” said Mustafa Qadri, CEO of Equidem. “With less than four months until kick-off, the Qatar World Cup is facing an exploitation crisis that neither FIFA, Qatar, nor their hotel partners can hide behind audits and expert partnerships.”

“A top-down, heavily state-controlled labour reform process is inhibiting efforts to improve respect for migrant worker rights at Qatar World Cup hotels, despite the critical help of international trade union bodies, UN agencies and other experts,” Qadri said. “Qatar must respect its international obligations to respect freedom of association rights so that migrant workers have the space to safely voice concerns about their treatment.”

Over 800 workers were contacted in an attempt to understand their experience but only 80 replied, which suggests the exploitation and abuse is widely underreported.

Opinion: Debt bondage, forced labour and discrimination: How migrant workers, including many Nepalis, are suffering in Dubai

A death a day: Nepali workers in Saudi Arabia

Equidem Nepal's Deepika Thapaliya writes for Nepal Live Today highlighting issues that Qatar needs to address to ensure the safety and wellbeing of Nepali workers in the region.

Crying out for Justice: Wage Theft Against Migrant Workers During COVID 19

Worker rights in the hospitality sector is one of Equidem’s high priority focus areas. In the first half of 2021, Equidem interviewed migrant workers in Qatar’s hospitality sector for the Business and Human Rights Resource Centre (BHRRC) report “Checked Out: Migrant Worker Abuse in Qatar’s World Cup Luxury Hotels.” Interviews were conducted between April and June 2021 with workers at hotels in Qatar who originated from countries in East Africa, South Asia and South-East Asia. The men and women interviewed were employed by enterprises of major target hospitality brands and by their sub-contractors and suppliers.

Following this, Equidem also helped the BHRRC team with data management and analysis of the findings and testimonies from workers for the report. Equidem has a long association with the BHRRC, including past research and advocacy collaboration regarding migrant worker rights in the Gulf countries.

"There is shelling, aircraft in the skies." Pakistani students plead to be rescued from Ukraine war.

"No food, heavy shelling" Indian students share their experiences amidst the Russia-Ukraine conflict

What is causing human trafficking and how do we stop it? Interview in 'Labour of Loss' Podcast series

Launch of new Equidem, the cost of contagion: the human rights impacts of COVID-19 on migrant workers in the Gulf region